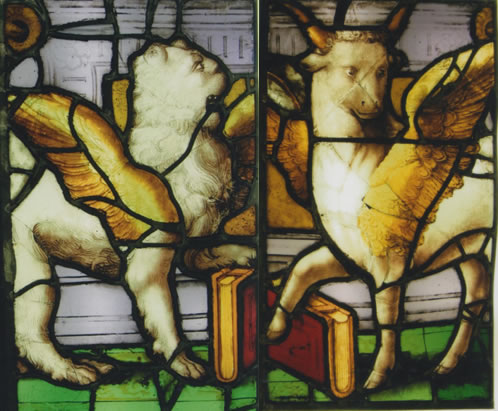 The Abbey Museum of Art and Archaeology applied for funding for the conservation of (9) nine 14th to 16th centuries stained glass windows in its collection that were in urgent need of restoration.

The conservation of these nine significant windows, especially those fragments originally from Winchester Cathedral has made a considerable contribution to the Museum Stained Glass conservation program. Not only is it preserving these windows for future generations but also providing important historical information regarding medieval stained glass manufacture and techniques that has come from this project which will enhance the experience of visitors coming to view the collection and also be included in a planned publication on the stained glass collection.

Of the forty (40) stained glass windows on display in the Abbey Church and originally requiring conservation, twenty-eight (28) are fully conserved and reinstalled and of the twelve (12) remaining, ten (10) are fully funded leaving only 2 to be funded.